Notes from a Southern Sojourn 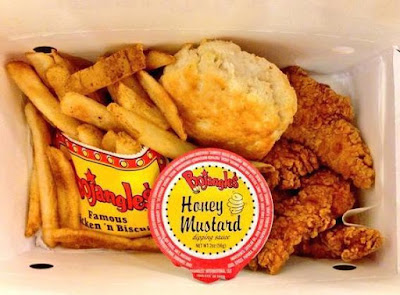 This article originally appeared on the Love Wins Community Center blog. I am working there for a year through the Jesuit Volunteer Corps.

It snowed in Raleigh and I missed it. I was up in Vermont, visiting family for the holidays and catching up on sleep. I read more and drank less coffee. I was getting chilling reports of black ice and freezing temperatures from my friends back in Raleigh and getting so worried for the land without snowplows and -tires. I dug through boxes of storage in my mom’s house to find my winter coat in order to survive winter in New England and the South. Of course, since I’ve had it here with me we have had 40-60° weather. Such is life.

As I was going around Vermont catching up with friends and ex-co-workers, the one question everyone kept asking me was, “Raleigh! What is that like?” The first thing I always say is that the food is better in Raleigh. We Northerners still haven’t gotten down the delicate art of deep-frying things (although we do try) and there’s always the irritating Puritanical strain of health-conscious asceticism that is blessedly absent from the South. I can’t describe my delight at coming to the Love Wins Wednesday lunch and hearing men encouraging women to eat more. There seems to be comparatively more tolerance for fat here, which makes my heart glad.

Since living here I have tried fried okra, frozen custard (shout out to Goodberry’s,) North Carolina BBQ (both Eastern and Western,) pimento cheese dip, collard greens, and fresh Krispy Kreme. The savory aroma of Bojangles fried chicken biscuits greets on the morning of our weekly staff meeting, bleeding grease from a paper bag. While working here I have also become reacquainted with the dependable, essential goodness of peanut butter and jelly. I can’t afford to go out to eat much at all, so whatever gastronomic adventures I’ve had have been someone else’s treat or an irresponsible splurge. I often fall back on PB& J, apples, and coffee.

Language was the main difference I expected when moving to the South. I was not wrong about that. I still occasionally struggle to understand the mellifluous, smooth regional accent with its dropped suffixes and meandering vowels. I’ve also learned that a “toboggan” is a winter hat, rather than an old-timey sled and have caught myself saying, “Get you some of that.” Honey, sugar, sweetie, and baby are pervasive and not worth getting indignant about. I also hear them used interchangeably between genders, which makes me feel a bit better. My favorite thing is a bumper sticker our director Hugh has on his car that reads, “Y’all means all”. It’s a protest of the absurd HB2 transgender bathroom law, but has a greater message of equality. “Y’all” is far superior and gender-inclusive than the inadequate “you guys” I learned to say while growing up.

In Vermont, you will see a white guy in camo jackets with salt-stained boots, dragging on a cigarette as he walks by you without making eye contact. At most, you will get a brief, tight smile. In North Carolina you will see the same thing but there’s a higher likelihood the guy will be non-white, the boots will have mud instead of salt, and you might get a deferential nod in your direction. People actually smile at each other on the street here; it still freaks me out. But I also like it. If somebody doesn’t hear me, they will say, “Ma’am?” in a way that makes me feel like a schoolmarm. It’s a whole different world of mannerisms here.

Hospitality is another thing that I have become extremely conscious of. There’s still hospitality in the North, like at the Crossroads diner in White River Junction where my 5-year-old sister has called one of the servers Aunt Julie since she was a baby. I wouldn’t say that people in New England are ungracious, but definitely more aloof. The word “hospitality” is not used much, but people are people and relationships will always matter. However, practicing hospitality in everything you do is a distinctly Southern thing, and a principle that informs the social service agencies I have come into contact with here. Maintaining relationships, remembering someone’s name, putting out plenty of coffee and food, and doing little extra things to make people feel comfortable in your space goes such a long way for us at Love Wins. I’m beginning to think that it’s one of the best basic human practices to cultivate.
Posted by S. Clelia Sweeney at 6:33 AM