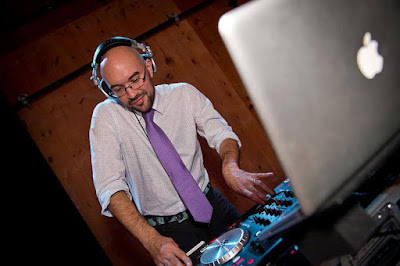 In Gypsy Joynt, everyone’s favorite grunge Wonderland, DJ BFG is strutting in place in black heels, rocking over the technofunk wails coming from their Serato mixer. The fringe on the rafters is shaking but nobody is dancing yet, just sipping their drinks and eyeing the open floor with feigned nonchalance. A potpourri of pop culture sounds thunders from the speakers – hooks from classic dance and hip-hop tracks blended through hypnotic, winding beats. The DJ nods and bobs their head, headphones pulsing with sound. Suddenly, a gaggle of preteen girls leap out onto the floor and start twirling in their Ugg boots.

DJ BFG is in fact Gabriel Squalia, a multi-genre DJ and fixture at all the best Berkshires parties. Currently based in Pittsfield, they have been working in the area for 15 years and seem to know everyone. But they got their start at a bar in Queens, NYC, as well as their name. The bar is called Fatty’s, and owner jocularly referred to everyone who came into the bar as Fatty; so on their first night the sandwich-board outside read, “Tonight: Big Fat Gabriel DJ-ing.” Gabriel says, “I looked and saw BFG, thought of the Roald Dahl book, and thought well, we’ll just work out what this means later. So over the years I’ve interpreted it to mean Beats for Geeks, the name of my annual best-of-the-year playlist, and my personal favorite, Booty-Focused Grooves.”

It was a case of writer’s block that started Gabriel in becoming a DJ. They write “dark, funny fiction in fantasy worlds” à la Neil Gaiman or China Mieville, and plotted their first full-fledged novel at age 10. Dead Boys (2015) is their most recent release, and they’re currently working on a book called Viscera. But while living in New York and not being able to write, they realized that, “I would make mix CDs for people, and I was spending so much time doing this that it started to seem a little odd to me. Like, I’m a grown person and I’m still spending so much of my life making mixes for people.” Luckily Scratch DJ Academy had recently opened in the city by Jam Master Jay of Run DMC, and from one class Gabriel knew they had hit upon something great. 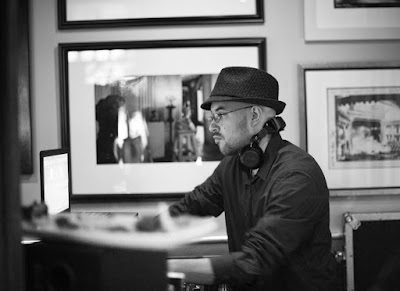 Close attention and a symbiotic relationship with their crowd is what makes DJ BFG so good at what they do. They are happy to take requests, and see them as helpful in knowing what their crowd wants, although it’s something they’ve adapted to over the years. “At a great party, there’s a moment where everything kind of clicks into place and everyone decides that I’m allowed to do whatever I want, and that’s what I kind of aim for,” they explain. “The sooner we can get that out of the way, the better. It usually takes about an hour unless people are already very drunk; then it can be foreshortened.”  At their show at Gypsy Joynt, I downed a couple “Sex on a Surfboard” cocktails (antifreeze-blue, tastes like liquid gummy bear) and stepped out onto the empty dance-floor with my friend. Others followed soon after and it turned into a real dance party, shaking hips and hair amid cheers at each surge or beat-drop. And Gabriel was right with us. As they say, “The way I think about my job, I have half my brain behind the turntables and half my brain on the dance-floor.”

Gabriel identifies as non-binary and genderqueer, something that has been ongoing throughout their life but only recently become part of their public persona. It has been something that feels right both for their career and life, although slight compromises are occasionally helpful in professional situations. “For the moment I am happy to do some dress-up and present as masculine when I’m sitting down for an initial wedding interview,” they explain. Much of Gabriel’s work comes in the May-October wedding and gala season. They have performed at the Simon’s Rock College Mayfest/Prom for nearly a decade and are the Special Events DJ for Jacob’s Pillow Dance Festival. They’re also a Gypsy Joynt regular, currently performing monthly and weekly during July-August. 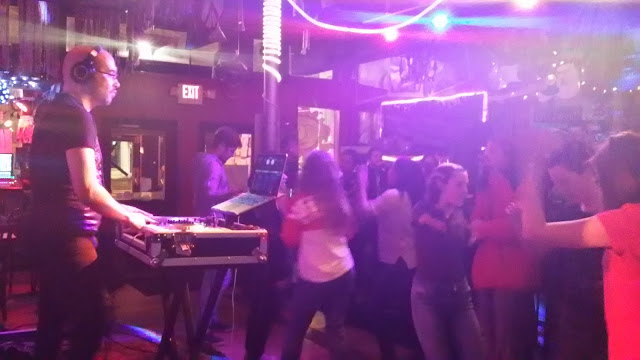 If you’d like to get in touch with them to make your next bash something unforgettable, you can email them at thebfg.dj@gmail.com.